The Art of the Beautiful – An Evening with Father Joseph Koterski, SJ

Father Joseph Koterski, SJ will offer the final lecture of this year’s Art of the Beautiful series on Saturday, February 15th at 7.30pm at the Catholic Center at NYU. Father Koterski’s subject will be Virtue and the Artistic Imagination.

Father Koterski is a Jesuit priest of the Maryland province of the Society of Jesus. He is an associate professor of Philosophy at Fordham University and Editor-in-Chief of the American Philosophical Quarterly. In 2011 he was re-elected President of the Fellowship of Catholic Scholars. Among his recent publications is An Introduction to Medieval Philosophy: Some Basic Concepts (2009).

On the Fordham campus he serves as Master of Queens Court Residential College for freshmen. For The Teaching Company he has produced lecture courses on Aristotle’s Ethics, on Natural Law and Human Nature, and most recently on Biblical Wisdom Literature. 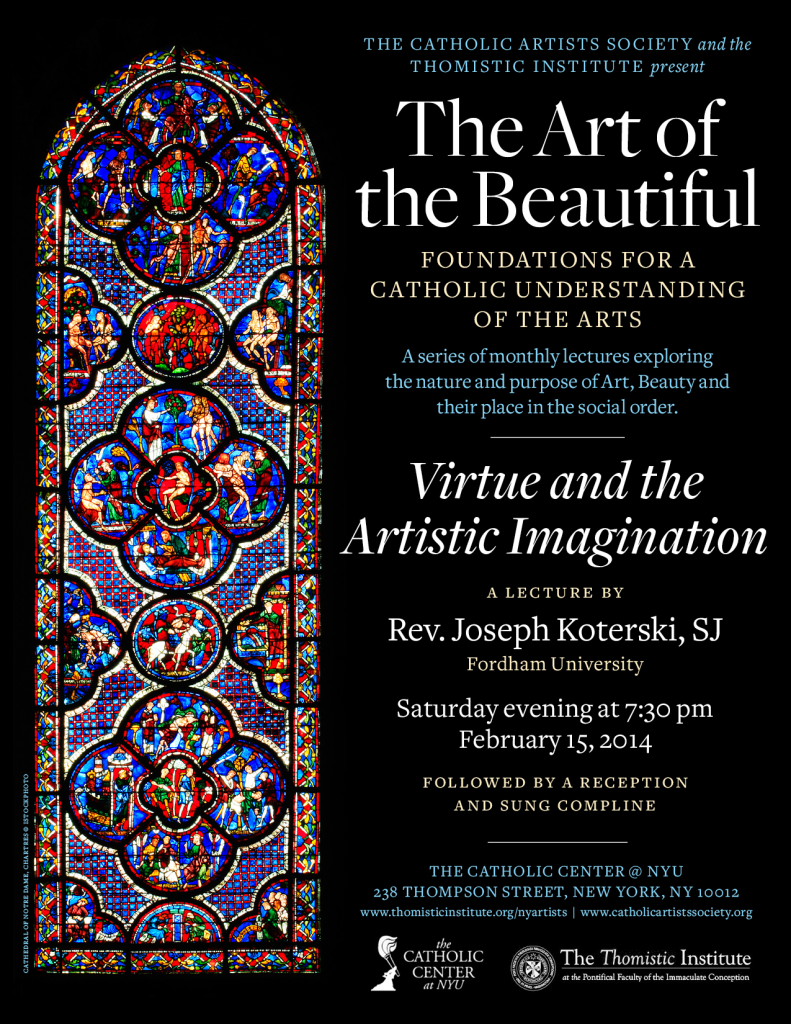