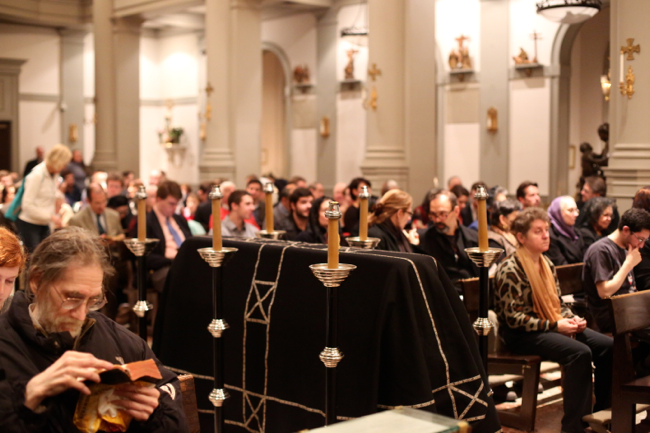 The Church of St. Agnes was filled to capacity for this Wednesday evening Mass. Well over 300 assisted at Mass. Thank you to all the musicians, servers, priests and patrons who made it possible to offer a beautiful Requiem Mass for our loved ones and fellow artists. Names of deceased family members and artist friends were placed at the catafalque, where the Absolution took place after Mass, according to the ritual of the traditional Catholic Mass for the Dead (Missa pro defunctis) 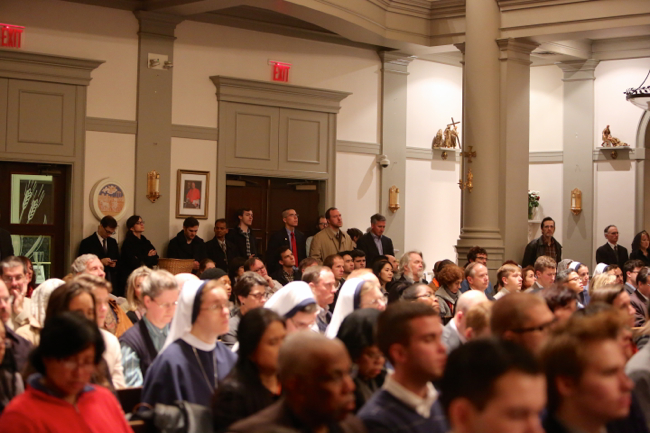 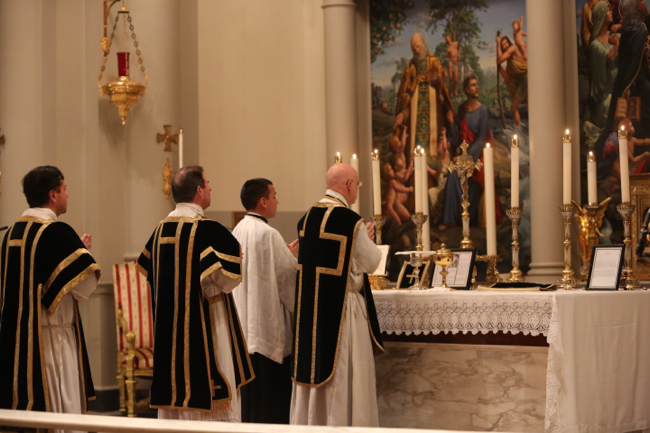 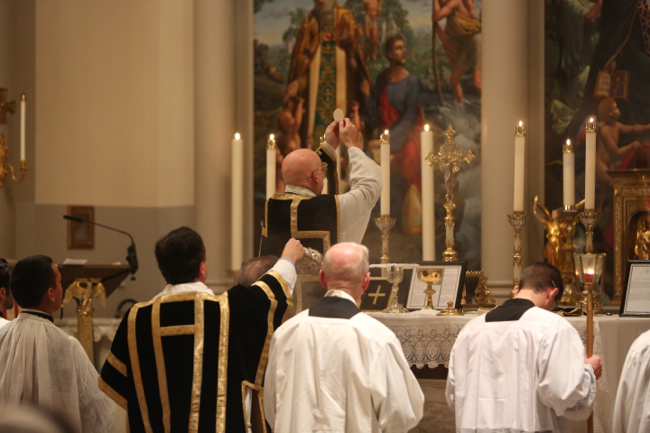 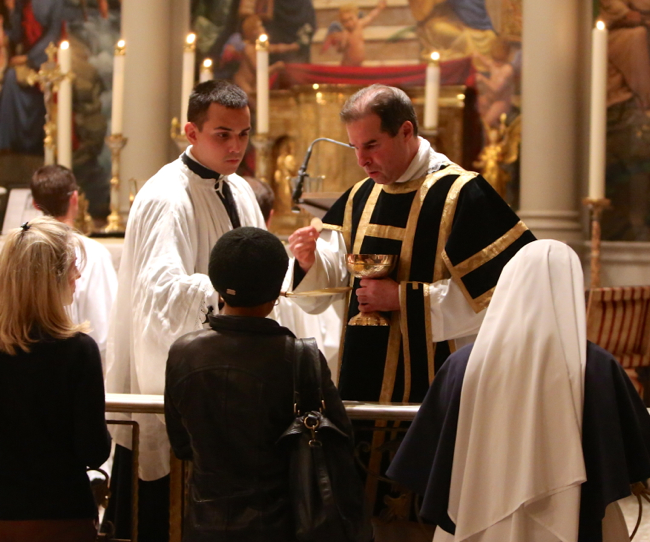 Father Leonard Villa of the Archdiocese of New York gave an inspiring homily on Purgatory and the Communion of Saints. An audio file of Father’s homily can be found below. 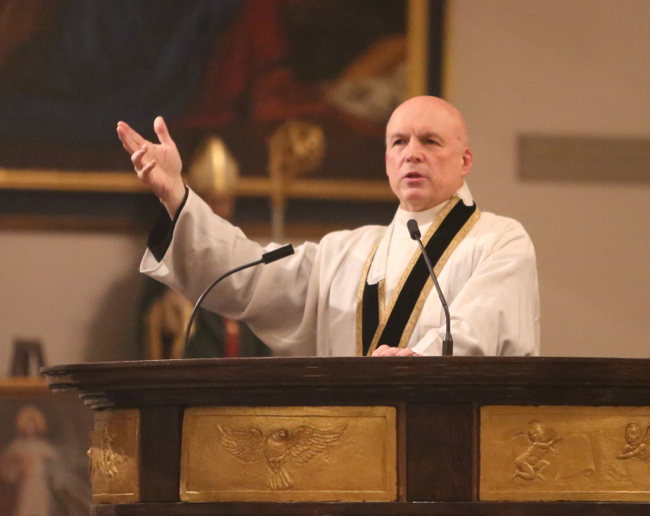 Here are portions of the music from the Mass – Mozart’s Requiem – sung by the Schola Cantorum of St. Agnes, led by James Wetzel.

Acknowledgment and special thanks to: